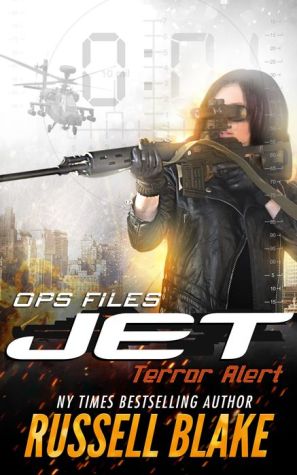 JET - Ops Files II: Terror Alert by Russell Blake JET - Ops Files, Terror Alert picks up the story of Maya, the operative who would become Jet, on her first mission in Dhaka, Bangladesh, where she must race the clock to stop a terror attack that would change the world order. Spanning the globe, from Israel to Bangladesh to Europe to the UK, Maya must risk it all to save thousands of innocents from an atrocity too horrifying to contemplate.